Recently I saw a young guy who managed to fracture his humerus arm wrestling! This is actually surprisingly common. I’d like to share this case to highlight that although there is a clear structural issue, very quickly this can have an effect on the biomechanics above or below the area. 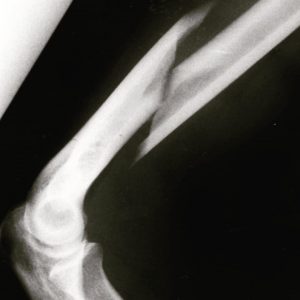 He had worn a sling during as the fracture healed and was complaining of upper shoulder and neck tightness. He also had a reduced range trying to straighten his arm.
It is always worth assessing the scapular stabilisers for any neck, shoulder or arm case as these act as the “core” for the shoulder providing a base from which to get fine, controlled and powerful movement. In this case, all of the key scapular stability muscles were not firing well (Latissimus, Lower trapezius, Mid trapezius, serratus anterior). His shoulder elevators, in particular Levator scapula were tight and overworking. I used NKT testing, movement observation, and palpation to get this information. 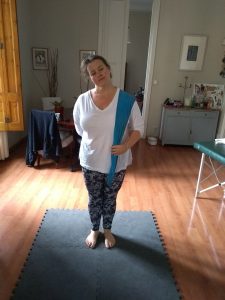 I therefore released his Levator and taught him exercises to activate his scapula stabilisors (see images for ideas). I always re-test immediately. I found that all of his scapula muscles were back online giving them availability to optimise the rest of his arm movement. His neck tension had gone and as a happy side effect his elbow range had improved significantly (without any treatment to the elbow itself!) 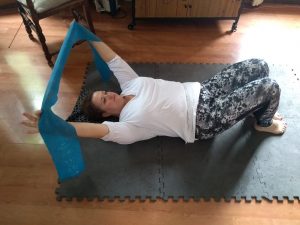 He has done his homework, and I’m happy to report that one week later, his neck tension has not returned and his scapula muscles are all firing nicely. The elbow is only lacking a few degrees of extension now 🙂
Now we can get him back to doing the activities he loves!
Interested in another case study?: National Tattoo Day!
Find out more about the scapular in my upcoming workshop series: Arm Analysts
More case studies on my facebook page